Navigation Menu
Home » How? » How to live forgiveness?

How to live forgiveness?

It is commonly believed that to forgive is something that has to be given, when in fact to forgive is a state of being. You may believe that some deserve forgiveness while others don’t… Don’t be fooled by what we have been taught through tradition! To forgive is not that relevant to the one who has hurt you, but it very relevant to you. Why?

Forgiveness makes you a better human being, and it gives you peace of mind and makes you a compassionate, loving heart.

We have been programmed to think that we need forgiveness by those who we have hurt, so things may remain the same. Yes, we have been taught that if the one you offended forgives you, then nothing happened. However, things did happen, so consequences never remain the same.

If you hurt someone, consequences will always arrive. There is a famous saying,” Do to others what you would like others do to you.”  What is the reason behind this? To remove the blindfold we have been living for some many centuries and realize that we are all one. This might sound outrageous or be even felt as another “belief” that has no true foundation.

However, I invite you to read to see the “philosophy” behind this concept: Your body does not end where your skin does. Your mind thinks this way because your body has a senses that defines itself through them producing the experience of life…. That “external” experience that seems to be “independent” from your conscious self.

Yet, ask your lungs; they need oxygen provided by trees’ leaves.  Ask your liver; it needs nutrients food provides. Ask the apple going down your esophagus; Are you already me or are you still an apple? In fact, your consequences do not end where your skin does, why should we then believe we are just “the name given to us at birth”? Why do we believe that our skin and senses define who we are? Could there be something else, but we are blinded by what we “believe”? Before the world “seemed” flat, and now we know it is round…. Tell that to people who lived that period of time, and believed that. 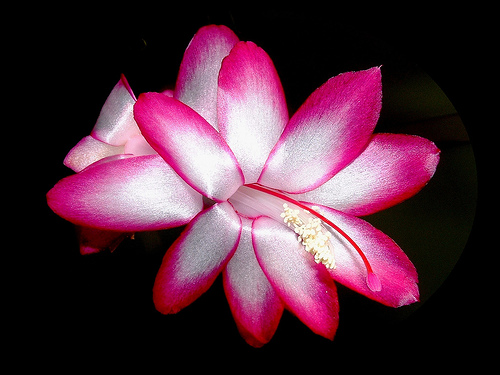 If we really take sometime each day from our lives to understand this, we will eventually give new perspective to the meaning of forgiveness. Let’s break this down a little bit more:

If you want to learn to forgive, do not give forgiveness as it is only a word. Instead, act with compassion and love.

The answer is no. You do not have the power. You may be friends/husband/any relationship of that person as if nothing had happened, but the consequences are way beyond our control.

This means that when you forgive, you can release yourself from the dreadful feelings associated with anger, frustration, despair, and the internal pain caused by suffering. As I stated in the beginning of this text, you are the one who will be most be benefited from forgiveness by becoming free from the act of selfishness done by that person who caused you pain.

Although, you don’t have the power to remove the consequence of a determined act, you can wish for the person who harmed you to be forgiven beyond yourself and really be compassionate for him because he/she does not know the consequences of his deeds and how these will hurt him back. You can wish that he/she realized that each time you harm, you are also harming yourself.

Nothing is independent; existence is an entwined ball of actions that always bounce back. However, we want to believe otherwise, so each time you do something selfish, it is justified inside your mind. Never the less, if you observe carefully the ones who do most harm, are most miserable. It is a fact that is hidden behind the glare of popularity, fame, or power.

It is then when you will really forgive and you will become free from suffering. Are we ready to be free? Or will be something too tough to assimilate? Give it a try, and comment!