Navigation Menu
Home » How? » How can I know if I have been brainwashed?

How can I know if I have been brainwashed?

Have you ever wondered if what you think is really original or merely a copy of your culture’s opinions without any variation? To what extent can you consider yourself an individual with own knowledge of his/her interiority? Many of us are asleep, consumed by the propaganda machine that has instantiated our identity.

For example, you may believe that you are being just if you follow the law. Is this so? What about the truth? The truth is prior to the law, but why do structures of power control the truth through propaganda machines?

Well, they know that if they control who you believe you are then you will be submissive to their wills. They want to control your will because they also do not understand who they are. They have been fooled by the same system that they thought would make them feel secure and free. For example, an individual that thought that money would give him all the power needed to do whatever he wanted might be surprised to know that:

This might sound counterintuitive in the current culture, but if you analyze deeply these factors you will be surprised. Let’s breakdown these two cases:

01 If I have a lot of money, then I have more responsibility toward the structures that provide me such money. First, I create a lifestyle that depends on such amount of money. Then, I might have to obey my boss because he might threaten me. As a result, I cannot stop doing what is giving me such flow of cash.

02If I have a lot of power, then other people who want that same power will constantly trying to overpower me. Firstly, I strive toward power. Once I get there, I have no freedom to be who I really want to be because my only goal becomes protecting the power that I believe have. As a result, my freedom depends on the same structure I think I control but actually controls me.

In fact, the illusion of external power is like a drug high. It provides the illusion of having control, whereas in reality, power exists only over oneself. Power within a social context is temporal and illusory because the fact is that deep within the human spirit shines a passion toward liberty.

That inner light is the voice that the propaganda machine cannot silence.

It has tried for many decades to brainwash your morality and ethics. The laws that have been passed do not represent who you really are, and if they do, then why are we still living wars and suffering? Why is people dying of hunger while others are dying of overweight?

For example, the rightfulness of copyright laws and the lack of morality of shared-files are issues that have been put inside your head during this century. You might think that these laws are made to protect you. Why would people who want power and live through greed care about you?

Do you really think people who create fear and label you as a criminal merely by sharing are interested in your well-being and fulfillment? Have you ever really thought that perhaps these copyright laws are meant to create cultural guilt? Those who are in power can amend the law to fit their purposes, but those who have none are guilty from the get go. Why?

You cannot use their own words against them because they own those words, but when their words become your thoughts, then you become criminal. You cannot share what they create, but they create what you think. What you think then creates your identity and your sense of self becomes oppressed due to who owns the information. The final step: They own you.

Do you see the point here? Information is within you, so if they own the information then you can be a criminal for merely thinking about their stuff without their permission. They might allow you to think about their products, but they will make you feel guilty for doing so in order to control you more and more. This scenario seems far from our reality, but Orwell’s 1984 could have seemed farfetched when it was written…

Conversely, what would happen if you choose not to drink their Kool-Aid? Would you be free to be who you really want to be? Can you describe yourself, and as a result begin to feel free as you wander into the true you? 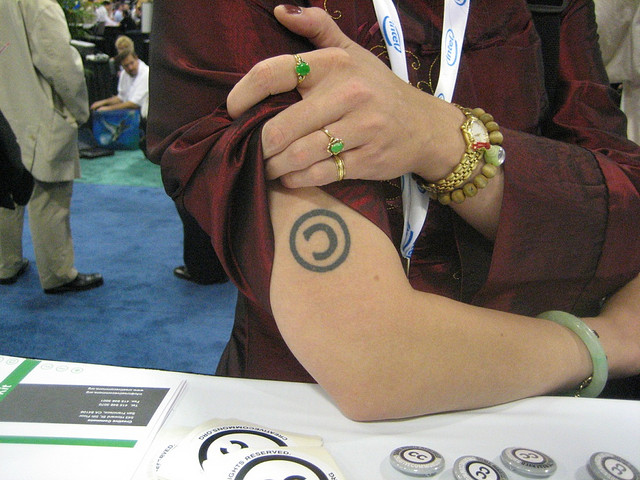 So, why are these propaganda machines working so hard into making you feel like a bad person? You are meant to feel guilty. Guilt makes you feel fear. If you fear, then they can control you. So, wake up from the slumber! I will point out some questions that could guide you into knowing if you are brainwashed, but be critical! Rethink again and again until you have an inner certainty of truth!

If the answer is yes to these most of these questions, then you really need to rethink all the thoughts that have shaped who you are. You know the truth deep within you, and no one else does.

Remember that if you act out of love rather than fear, then no propaganda machine or structure of power can control you. Is this true?