Critical thinking is important because it allows us to be true to ourselves. We learn to know who we are and what makes us feel happy and fulfilled. Critical thinking disrupts assumptions that an “authority” has just said. If you become decide not to be critical, then you could be lost in tradition. Tradition is an historical concept. Also, tradition is highly responsible for the violence we live interiorly as well in our culture. We follow authority because they give us security.

The idea that one is right provides a psychological safety net, but can authority really provide security?

No. Why? Each person is unique, and you have to find your own way. An authority can be a guide but only in a temporary fashion. Once such teacher is not allowing you grow, then you have to let that figure (a book, a person, or even an idea) go. For that reason, I will be reminding you to think by yourself and doubt me completely. I might be wrong because first of all I come from a certain tradition. I was born during an epoch that shaped my beliefs and ideas. I try to challenge those ideas, but my limits are not yours.

If you actually become critical of tradition, then you will eventually be wiser than any text or any guide. Why? You are alive and constantly changing. You are in a process toward finding yourself, answering the question: Who am I? What is the relationship between others and myself?

Critical thinking is prior to tradition and their authority. Critical thinking is the basis of well-founded knowledge. For example, science is about being able to say you are wrong. It does not matter that you have spent all your life developing a hypothesis… You have to admit your errors, be honest, and move on.

However, not everyone has this idea about science because there is a point where science becomes social rather than truth-based. So, any anomaly is just placed in a “forget about it” box until there are too many items in the box that the main theories have to change.

The ideal of science strives toward truth in the same way as philosophy to the point that science can be even considered a form of experimental philosophy. If this were to be true, then our conception of science is like philosophy intimately related to the way we know, the nature of reality, the appearance of phenomena, and the truth about who we are. So, how can we unveil these concepts?

We can be critical. Critical thinking allows you to understand your own ways of knowing, your being, and the way phenomena appears to you as real. As a result, you will be able to comprehend who you are and what is really true. For example, we need to be critical in order to reach peace because for some reason some of us do not experience self-fulfilment.

It is obvious that we are not a peaceful species, yet. Something has to be fundamentally out of order if we are not able to understand who we are, but what is it? The answer lies in challenging tradition.

But, how does challenging tradition and critical thinking relate to peace? Step by step as a whole, humanity, will be able to observe beyond bias and experience true freedom. Could love related to freedom? Well, to answer this question we have to look deep inside of ourselves.The foundation of thought is oneself, thus introspection is prior to our certainties of the so called external world. So be critical, do not accept a hypothesis because someone says it so. You can accept an assumption temporarily, but this idea granted as truth is only valid within a certain context. Become aware of this through interdisciplinary contexts! Furthermore, you can start by asking these questions in order to be critical: 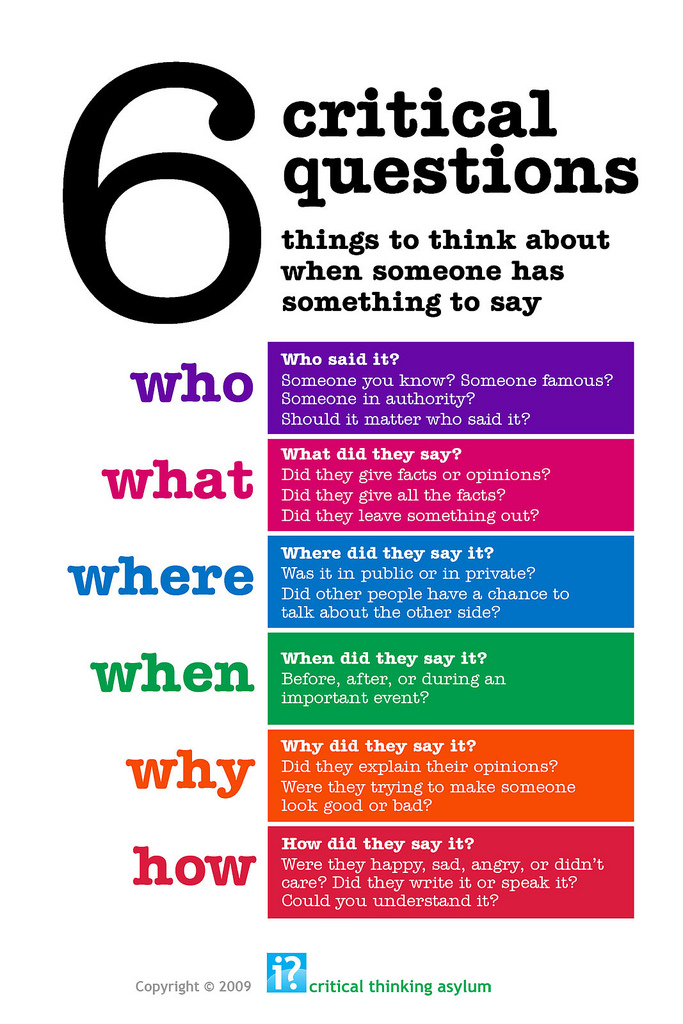 Now, let’s move on unto the world of questions waiting for our insight.