Let’s play a game! I will ask some questions, and then you should think by yourself the answers. These questions will be weird in order to explain what is real in a lateral manner, ok? Ready!

Imagine that there is no god. What is real? (e.g. Nietzsche so famously said this, so you can read him if you want an answer. He pushes it toward amor fati. Do not be fooled with his famous “nihilism”.) 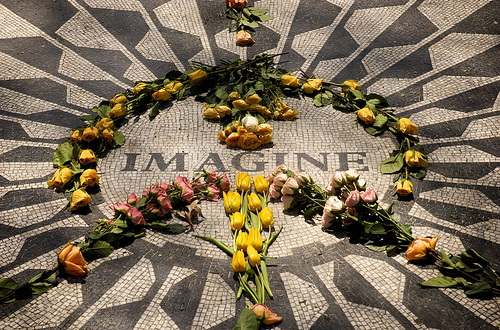 Or this or that, better shut up, they say… But, do not settle!

Tradition is not a rule, it is meant to be a guide, so you can learn to walk your own path just as a baby learning to walk. You can only guide a baby into the possibility of walking, but not walk for him.

Radical thinking is what will change the world for the better if it is done with intelligence.

What is intelligence? Have a scientific framework where there is no “hard science” such as humanities or philosophy.

What is a scientific framework? Use the scientific method as an exploratory guide.

Be aware that a key aspect of a scientific reasoning is: You change when you realize you are wrong, do not keep a belief just on the base of faith.

Faith can have multiple forms, and it is very… seductive to the point one might not realize one has faith in a certain belief due to our own conditioning through experience and tradition.

This is my “scientific” method and you must create your own, but be sure to be open to the possibility of always being wrong. That is the key aspect. You are wrong without knowing it, and you will realize later why you were wrong, although you might had been right within that certain context.

Get it? Perspective and context plays a role here. Here it goes:

01 Observe deeply. What is deeply? Observe without chit chat in the back of your brain. Not possible to make it quiet? Ask why? How can I stop the chit chat? Observe, don’t analyze yet, just observe! Become one with the observed. Do you think this is possible? Of course not, if you are “thinking” instead of observing, then you cannot get it!

02 After observing, realize (become aware) that you observing. You can become aware of the stillness, in such silence you can begin to understand what is real within your senses quite alert.

03 Now, begin to test your observations through analysis, chit chat can come back being aware of the fact that you are chit chatting. This is an initial jump to start to test the waters of reality, not an actual hypothesis. It is like a child that is learning for the first time how the world works freshly.

04 Create a hypothesis once you test the waters, and test it in its particulars, then open the particulars to the broader perspective, and again make use of step 2 until it is no longer needed.

05 Can you see how things or perspective changes as you modify from particular to generals?

06 Understand, observe where the hypothesis is valid, and where it is not. Perspective is relevant here, imagine that there are levels of understanding that can be opened up as you remove your inner paradigms.

Hypotheses in a philosophical nature are very tricky, so begin to realize this slowly:

Generals (of the first person) can be absolute if the particulars (of the second person) are relative.

Particulars (of the first person) can be absolute if the generals (of the second person) are relative.

What does this crazy non-sense talk mean?

An example is this in “Generals can be absolute if the particulars are relative”:

First Person Generals: There is no reality, nothing and all is non-existent like a dream.

Second Person: This is a general that is absolute, then ask: What are the particulars?

First Person: I am depressed. I cannot live with my pain. I need to use drugs. I want to die and sleep all the time.

Second Person: So, if you are deeply compromised in a type of reality (your particulars), then your generals will be absolute.

They are real within your own context, so you get that and don’t fight over something that is non-sense!

If the second person realizes that those particulars are relative, then peace can occur and we can move on discussing more important things… Instead of fixing with relative-absolute stuff.

Let’s turn the tortilla, and give an example of “Particulars can be absolute if the generals are relative”:

First Person Particulars: I am a depressed person who will find enlightenment that can remove me from my suffering if I do meditation everyday.

Second Person: This is a particular that is absolute for the first person expressing it. It is a total belief that is the fundamental of his existence. I will not threaten his belief directly. He is being particular, but arguing it as a general.

In this perspective, if we can actually see that particulars for the first person are absolute, then a second person can be open to the specifics by having a relative approach to a general belief by a person being specific in his approach, then one can understand why he or she says so and move on.

Can you see the problem here? Each side argues that they know what is real, when actually they both are right and they both are wrong… It all depends on the perspective and context.

Remember: A scientific mind admits when one is wrong! There is no pride, only the truth is real.

Yet, we begin to fight over non sense without even observing and listening deeply to the other, or even oneself.

You might even ask, well.. Great perspective exists, nothing new! What is real beyond perspective?

Aha! My dear reader, do you think I would spill the beans so easily? Never!

The challenge is in your side, and the unknown remains in my side of the court because I might or not know… And at the end, it does not matter to you, does it?

Well, to give you some hints let’s move this idea even further, ok? Ready… Here we go!

Imagine that you are in a dream, then what is real? Can a dream be real? You might think so as you dream fully within it, right?

However, what if there is no dream? What if the dream is a projection of your brain, and it has no reality? Could it all be reduced to matter?

Imagine you had different senses, like an insect who can see vibrations or a dog who can see with smell, could that change your perspective of what is matter? What if you were able to “see” details normally ignored? We believe matter is substance, like a visible thing, but what if “matter is energy”? What if other beings can sense energy, not only substance, how would that change the game? What would be real then?

Imagine that with those different senses, you realize that everything you had thought was reality is a total lie. Imagine you have synesthesia, and what you taste has colors, the numbers you see have smell, the colors also have taste, imagine more options, etc. What is real, then?

Do you believe your brain and your experiences or do you believe what others say is real? How do you reconcile opposite views when a majority believes in their “hard” core senses?

Well, do not reconcile! Express your unique individuality through art and science. You shouldn’t feel guilty for being different. We are all different, but are trained to be the same in order to believe in a collectivity; one that we believe to know as real.

However, do we really know what is real?

I do not think so because we believe that our reality is only that which we experience within a collective framework. All others are crazy cows! Put them in a cell, they do not know how to behave!!! So sad. Or not? Maybe we still have hope!

To be unique is good! The importance of art is to let others enter the realm of the unpredictable, your own original self.

However, science can do the same thing art is doing but through a “fact” type of approach.

Both contain facts in the sense that once you create your artwork, it is a fact: a piece of the present that can be observed…

It is real when you are observing it directly with your own senses.

It is in these experiences that one can actually begin to understand what is real. It is when you challenge your own paradigms about what is, and then open your eyes to actually observe deeply what is in front of your eyes with complete clarity without mind chatter.

Ready to enter this new “reality”? Ever thought the matrix was a parody…

Challenge tradition, and be yourself.
Who are you?