Navigation Menu
Home » How? » How to convince others?

How to convince others?

Do not convince. Challenge! Only radical thought has actually created change because they have challenged traditional structures of thought, and have made people THINK BY THEMSELVES! So point a path… Lead the way in your own unique forms: Artistically, Scientifically, Philosophically, etc.

Our tradition urges us to convince, but to convince means to settle to the other’s conditioning.

Challenge your own thought until there seems to be no answer! After doing so, then challenge others.

They might give you an answer or you might leave them thinking, but at least you have dared to go into your limits. The only way to progress when it seems a dead end is to put forth things that are not commonly combined.

For example, why does a person who loves to measure and believes in the reality of science ignore the reality of the present moment? Get the contradiction?

This is the point:

However, if the present moment is so fundamental for the process of measurement. Why are those who believe in measurement lost in the past? Why does a philosopher of science use the mind as a source of truth ignoring the fact that science is not based in mental abstractions at the end of the process?

I know there are many “possibilities” that might fire back at me such as the reality of math, but let us remember that math can be a theory unless proved real by physics, computation, etc. Although, I am crossing fine lines of perspective here… 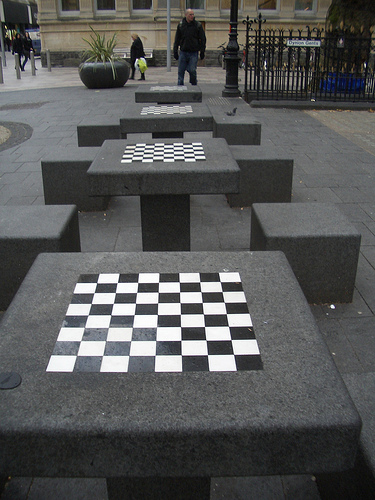 My main point is:

Why does the measure-lover type of person use the past as a devotional source of truth? What about the present moment? Why ignore it so categorically? Why do they so blatantly reject the notion of the “sublime” if it is an actual experience in the present moment which could be measured through science?

A counter example, what happens with a person that does not care about the reality of our collective truths such as science? How can you ignore the reality that can be measured and bring actual results? Is it because it is easier to escape, and say it is all a weird dream? What about the pain and suffering of those who cannot ignore this “reality”?

Why ignore the reality of science and the fact that one can actually measure in the brain the way the so called “sublime” modifies a physical aspect of ourselves? Why can they become so self-absorbed, but still use any device that exists due to such measurable reality?

Yet, that is not enough to reach a better understanding of the truth:

We need to work together, not against each other, through a challenge type of approach.

What do I mean?

01 Learn to use the other’s own words against him/her. This requires a certain type of knowledge in order to twist him own belief against him, and a little bit of mental agility. If you actually challenge a person through their own beliefs, then one might actually see our own limits and move on to something more challenging.

02 Use the exact opposite argument that the other person is expecting to have. If you are debating with a measurement type, argue in favor of non-measurement and vise-versa. Do it with intelligence, not as a childish debate.

Be careful! If a person is stubborn because they base in their beliefs a certain type of inner security stop doing it. You will get nowhere and it will wear you down.

03Be flexible, and learn to observe how the flux of ideas are not a static build but a fluid notion that constantly changes. The idea of a static truth is so pervasive that we end up again always fighting for a never-agreement. I am not being absolute here, but if the debate is stuck in a walked path called “the truth” by a traditional current of thought that bases their inner security in a belief, then were are we walking toward?

Now, how do you bridge these two? How can you convince them that there acutally is a double position (measurement and non-measurement) or even broader position we might not be aware of? An empirical multidisciplinary person can do such a gigantic task, but it requires self discipline. Just as one learns to play an instrument although one could have the paradigm of being inept in music, and at the end ends up mastering it. If one hates math, then by trying to understand something, not to marry to it, but to understand it, then an inner paradigm is released, and so forth.

With empirical I mean a person who does not base his inner security in a belief, that changes his belief when he sees that he is wrong, and is capable of recognizing openly their mistake.

Then, one can actually begin to learn how to explain to others something that might seem totally counter-wise as something coherent and with a certain truth. Truths are tricky, but if they are tricky then how can one convince others?

Ha! Not convincing! Of course… Is it? Maybe not?

For example, if I know that brain science can measure the sublime in Zen, why reject the notion of such reality? What if the the unmeasurable can be measured, not by the observer, but by the observing?

Note: Not the observed, but the observing. The observer within the sublime will not feel measurement, but the observing will. A single shift in perspective can cause a new way to challenge our tradition, and thus create a better society that actually cares about ourselves, not only solving the problem of truth.

Is in the present moment the only “place” to find out the “truth”? Do you see the point? There is a lot of depth here, but I will not spill the beans! Think by yourself, and find it out!

Yes, of course, if we have a common truth we might believe peace shall arrive, but why wait for that moment? Why not find peace within ourselves first? What if what we have been taught is “the truth” is actually a belief?